NO! NO! NO! to the Sales Tax Increase

Mark your calendars. You can go to either or both of these events. At least
try to make it to one. Pass this on to others in your address book.

Protest against Proposal 1 in front of Troy City Hall

I don't know about you, but I am sick and tired of being talked to like I am a child.  There really are a lot of people out there who are gullible, but I would like to think that I am not one of them. Those of us who know better have an obligation to share with those less informed. Not as a test of our superior intellect, because we all have our short comings, but because if they go down we go down with them.

How people can have faith in their elected officials after they have lied to them over and over again Is beyond my understanding. No matter how good something looks, you need to have a look at what the other side has to say. It is especially important if their are a lot of commercials for one side or the other. Lots of commercials is an indication of how important the issue is and a clue that the results will definitely effect you.
++++++++++++++

1.We can't afford even higher taxes. Michigan residents already pay among the highest gas taxes in the country, and most of that money isn't even spent on roads. We pay a 4.25% state income tax where other states have no income tax. The ballot proposal would raise the Michigan sales tax to 7%, whichwould make it the 2nd highest state sales tax in the nation. The proposal would raise taxes about $200 per year for every man, woman, and child in Michigan. $800 for a family of four.

2. It doesn't solve the budget problem. Lawmakers increased Michigan's state budget by $4.7 billion in just the last four years. The sales tax hike is only projected to take in $2 billion. Raising the sales tax only pays for part of the growth of government! The problem is too much new spending, not too little taxes. If voters approve these tax increases, soon enough we'll be asked for even more.

3. We can fix our roads and fund our schools without raising taxes. The state House passed a plan last December that would have increased public school funding $2.5 billion over the next eight years and added about $1 billion in road funding each year – with no net tax increase.

5. Raising prices makes Michigan less competitive. Raising the sales tax effectively makes all goods more expensive: we all inevitably have less money to spend and save. Essentially, it increases the cost of living in Michigan – people need to earn more to live here – and this affects costs at all stages of production, distribution, sales, and service. Higher taxes hurt us all.

6. The proposal misleads voters and does a lot more than tax and spend. The proposal passes ten laws and a constitutional amendment, with language totaling over 46,000 words: a novel's worth of legalese. These laws include tax credits for low-income wage earners, affirmative action rules in certain state transportation contracting, funding for reading programs, $102 million in new federal income tax liabilities for vehicle registration, and much, much more not reported on the ballot to voters.

7. Make Lansing do its job. It's wrong for lawmakers to punt to voters a 46 thousand-word legislative package, kicking off a massive political battle and costing us a $10 million election, because lawmakers couldn't agree on a solution to fund roads. Road funding should be a normal, ordinary, completely standard aspect of budget negotiations.

Posted by WCTaxpayers at 5:06 PM 0 comments 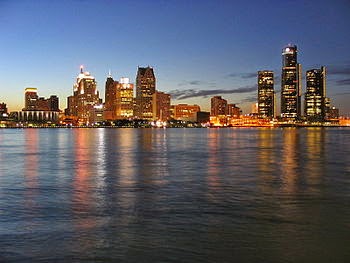 Posted by WCTaxpayers at 12:03 PM 0 comments