Liberal Fascism At Its Peak 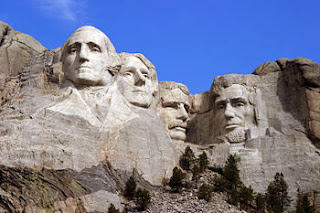 How much more of this are the american people going to take. No one wants to believe that our president is trying to punish those who don't agree with him but the evidence is as clear as the nose on your face. He closed the open air World War II memorial that you just walk by to veterans and others. He closed the Lincoln Memorial that is outside and accessible to walking traffic. He closed the scenic roads that allow stops to view Mt. Rushmore which is not run by the government but a private company, He made people who own houses on government property leave their homes. People who operate businesses on government land were forced to close. In a stunning development, some military priests are facing arrest if they celebrate mass or practice their faith on military bases during the federal government shutdown.

Just before the weekend, the National Park Service informed charter boat captains in Florida that the Florida Bay was "closed" due to the shutdown. Until government funding is restored fishing is also prohibited at Biscayne National Park the fishing boats are prohibited from taking anglers into 1,100 square-miles of open ocean. Keep in mind that the enforcement of these closures cost more than keeping them open.

The worse of all the nonsense is the lack of funding to return our dead warriors to our country and the failure to transport their family to receive them when they arrive. The benefits of the fallen soldiers' families have been held back as well. These funds  have been passed in the house but Senator Reid has refused to bring it to a vote.

As much as liberals speak about bullying in our schools and workplace, our president is acting like a petulant child who is trying to bully and punish the whole country to get his way. The shutdown effect only 17% of our government and he has ordered that they should make it as painful as possible. Even if he denies that he gave the order, he could fix any of these situations with a stroke of a pen.

Posted by WCTaxpayers at 11:32 AM 0 comments