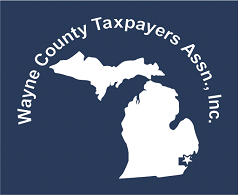 Well informed citizens are capable of making good decisions. I invite everyone to The Wayne County Taxpayers Assn. forum on Wednesday, Sept 26, at Leon's Family Dining on Michigan Ave just east of Telegraph. The Mackinac Center for Public policy will present Mike LaFaive, Director of the Morey Fiscal Policy Initiative and Vinnie Vernuccio,Director of Labor Policy to discuss and answer questions on the November ballot proposals.

If you wish to order dinner please come between 6:00 and 6:30 the program will begin promptly at 7:00 pm. The topics will include 5 of the ballot proposals.

• The “Protect Our Jobs” Amendment
• The unionization of home-based caregivers
• The repeal of the emergency manager law
• The “25 by 2025” renewable energy standard, and
• A measure requiring a 2/3 legislative majority before taxes can be raised.

When
Wed. Sept. 26, 6pm – 9pm Eastern Time
Where
Leon's Family Dining 23830 Michigan Ave. Dearborn just east of Telegraph
Hope to see you there
Posted by WCTaxpayers at 11:16 AM 1 comments 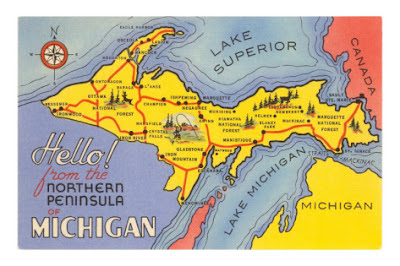 Letter to the editor of an upper peninsula friend:

What the devil is happening to our country?  When are we, as Americans, going to wake up?  We have our US Ambassador to Libya and two others killed; we have our flag being burned and a black flag with these words: “There is no God but Allah and Mohammad is his messenger”, hoisted in its place; we have President Obama turning down a meeting request from Israel’s Prime Minister Benjamin Netanyahu, siting “a full schedule” yet has time to be on David Letterman’s show and campaign in Ohio; we have a massive teachers’ strike in Chicago; not to mention an economy which continues to worsen with our credit rating on the verge of being downgraded again.
The Democratic National Convention was all about abortion and contraceptives.  Let’s bring out Sandra Fluke to give us her take on our international crisis.  How about we all hold hands and sing Kumbaya?  Or, we could take a stronger approach and have the president of the Planned Parenthood Action Fund or the president of NARAL tell us why these events shouldn’t take precedence over our rights as women to do what we want with our own bodies.  After all, these were highlights of the recent presidential convention and should not be taken lightly.
Well I’m here to tell the DNC, the left-wing liberals, the lamestream media and anyone else who believes this garbage that I hope, beyond hope, that Mitt Romney and Paul Ryan are elected because if they aren’t, I am scared as hell as to what is going to happen to our country and us as citizens.
We have a President who will not stand up for our beliefs and rights but seems to have no problem apologizing to the world on our behalf.  While we have Americans dying abroad, he appears not to want to intimidate the Arab community.  Realize, I am not singling out the Muslim faith only those radical Islamists who will do everything within their power to overtake America and our Christian beliefs.  These terrorists are getting more of a strangle-hold on the world than we care to acknowledge.  If you think they will go away just because you wish they would, you’re sadly mistaken.  We are being put on notice that these terrorist acts in the name of Allah, aren’t religious acts but acts that are meant to eliminate America. The Sandra Flukes of the world only need to take a close look at how women are treated in those Arab countries to realize all the contraceptives in the world, free or not, aren’t going to make their lives any better.  Fool around, you die; end of story.
I am sickened to see such blatant lack of backbone by our present administration when it comes to all things important.  Teachers – he’s hanging you out to dry while you continue to support his platform with your union dues and allegiance.   Americans – he’s hanging us out to dry while the Arab world is on a feeding frenzy at our expense.
WAKE UP!  It will be too late to give this President another four years of “Forward”, whatever that’s supposed to mean.  At this rate, we won’t stand a chance of moving forward as our country, our citizens and our beliefs are being pushed to the back of the bus.  It’s truly a very unsettling time for an election but one can only hope we all come to our senses because if we continue down this same path, there will definitely be no turning back.  Please, please look at what is happening in the world before you vote.  It truly is a matter of life and death; ours.
Diane L. Schabo; Iron Mountain, MI  49801
Posted by WCTaxpayers at 6:24 PM 0 comments