STOP the shell game and END the “Temporary Tax” 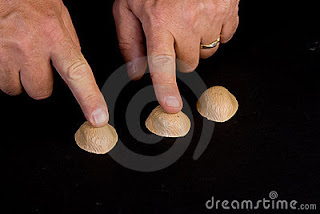 This is a familiar story, where a tax is created for one purpose, then diverted to another in a political shell game at the Capitol, when it really should have gone away.
Twenty-five years ago, in 1987, a special tax was created in Wayne County, a 30% tax on parking at and around Detroit Metro Airport that raised about $8 million annually.
It was designed as a bailout for an earlier Wayne County fiscal crisis. It was supposed to go away in 2010 when the bailout debt was paid off, but in typical style, the debt is gone but the tax remains.
Currently the tax brings in $21.5 million annually,and has raised over $340 million in the last 25
years. Some goes to the State Aeronautics Fund. Some goes to the City of Romulus. Most goes to Wayne County, not to solve a fiscal crisis or to support airport operations, but to fund indigent health care.
Now Senate Bill 1257 plays another shell game with this tax money. Under this bill, most of the revenue would be diverted to pay for Medicaid.There’s no tax like this at any other airport in Michigan. And there’s no good reason the business and vacation travelers who park their cars at Metro Airport should pay a special tax to fund Medicaid. Medicaid is for the entire state, not just a handful of travelers.And there’s a good reason to stop this diversion of funds dead in its tracks: it most likely violates federal law and common sense. Two different federal laws say you

can’t tax airport travelers and divert the funds away from air travel.
Furthermore, it’s the diversion of money off the Airport to the County that prompted the legislature to make the Airport a body independent of Wayne County 10 years ago. That legislation was supposed to separate the Airport financially from the County, now it’s time to finish what was started over a decade ago.
Enough is enough. Twenty-five years have passed and now is the time to repeal the airport parking tax.
Temporary taxes should be temporary, and shouldn’t live on just because politicians get
addicted to the money. But if they’re going to keep levying this tax, every dime of the revenue should be earmarked directly for the airport – improving its safety, security and operational effectiveness for the traveling public. Taxing the parking at the airport is an airport user fee. And money from an airport user fee should stay at the airport.

FOR MORE INFORMATION OR TO GET INVOLVED EMAIL STOPTHESHELLGAME@GMAIL.COM

Posted by WCTaxpayers at 8:11 PM 2 comments

Wayne County Proposals and Judges In Our View

The November ballot will be an extremely long. It behooves you to study it before youe  go to vote.  This is our take on the Wayne County Questions and conservative judges.

FORM OF THE WAYNE COUNTY
BUDGET AND APPROPRIATION ORDINANCE

"SHALL SECTION 3.119(E) OF THE WAYNE COUNTY HOME RULE CHARTER BE AMENDED TO REMOVE THE RESTRICTION THAT PROHIBITS AN INDEPENDENT EXTERNAL AUDITOR FROM PROVIDING AUDIT SERVICES TO THE COUNTY FOR MORE THAN EIGHT (8) CONSECUTIVE YEARS; AND FURTHER TO REQUIRE INDEPENDENT EXTERNAL AUDITORS BE SELECTED BASED ON A COMPETITIVE PROCESS IN ACCORDANCE WITH THE COUNTY'S PROCUREMENT ORDINANCE?"

REMOVAL OF THE WAYNE COUNTY EXECUTIVE FROM OFFICE BY THE GOVERNOR

"SHALL THE WAYNE COUNTY HOME RULE CHARTER BE AMENDED TO ADD SECTION 4.124 TO AUTHORIZE THE GOVERNOR TO REMOVE THE WAYNE COUNTY EXECUTIVE FROM OFFICE FOR THE SAME REASONS AND WITH THE SAME DUE PROCESS AS PROVIDED BY LAW FOR THE SHERIFF, PROSECUTING ATTORNEY, COUNTY CLERK, REGISTER OF DEEDS, AND COUNTY TREASURER?"

Shall the limitation on the amount of taxes which may be imposed on taxable property in the Wayne County Community College District be increased by one dollar per thousand dollars (1 mill) of the taxable value of all taxable property in the College District for a period of ten (10) years, the tax years commencing July 1, 2013, to July 1, 2022, inclusive, as new additional millage to provide funds for community college purposes authorized by law?  It is estimated that 1 mill would raise approximately $21,746,964 when first levied in 2013.

There are eight candidates for two openings.  Justice Stephen Markman is a conservative Justice running for re-election to his current seat.  The second 8 year term position is for the seat currently held by Marilyn Kelly, who cannot be reelected due to age limitations. Of the other candidates running for that seat I recommend Judge Colleen O’Brien.  I recommend a vote for:

Justice of The Supreme Court-Partial Term

There are seventeen (17) candidates for the sixteen (16) positions.  There are five (5) judges in this group of sixteen incumbents whom I consider to be conservative.  They deserve your vote even if you don’t vote for any of the others.  They are:

There are six (6) candidates for these three (3) positions.   There are only two of them whom I consider to be conservative.  I would encourage all conservative voters to vote for:

There are three (3) candidates for two (2) positions.  Of the two who are incumbents, Margaret M. Van Houten is the only one that I consider to be conservative.

Posted by WCTaxpayers at 11:47 AM 7 comments

How We Think You Should Vote On Proposals

It's almost voting time again. This will be a long ballot so you should get a copy of the ballot before you vote. Go to https://webapps.sos.state.mi.us/mivote/SelectPublicBallot.aspx   fill out the questions and print a copy of your personal ballot.

If you want to know how the Wayne county Taxpayers Association thinks you should vote on the State and County Proposals go to http://www.wctaxpayers.org to our homepage and click on the two links.

This might be the most important election of our lifetime.  The kind of government we will have will be determined by the results.  Who we elect for president will determine the appointment of possibly 3 judges to the Supreme Court. Those we elect to the legislature both in congress and at the state level will have an incredible effect on our economy, taxes and freedoms.

Please do your homework before you vote.
Posted by WCTaxpayers at 8:56 PM 0 comments