Posted by WCTaxpayers at 7:46 PM 2 comments

Posted by WCTaxpayers at 3:08 PM 0 comments 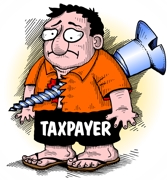 Ø  What you WILL pay for mass transit under the ballot proposal:
o   $120 more per $100,000 of taxable value on your home and business every year for 20 years.
o   $2,500 per $100,000 of taxable home value over the duration of the tax.
o   The plan authorizes the mass transit authority to initiate an additional 25% increase in your existing annual vehicle registration fee.
o   The proposal will take $4.7 billion out of taxpayer incomes - enough to provide every regular user of mass transit in metro-Detroit with a brand new leased Cadillac every three years.
·      More Traffic Congestion:

Ø  Major roads will have lanes closed to create 'bus only' lanes - congesting traffic.
Ø  Cities with bus only lanes also implement priority traffic signal policies that turn  stop lights green for approaching buses and red for cross traffic - further  delaying motorists
·      Blocks Mass Transit Innovation
Ø  The proposal spends hundreds of millions on old transit technology like buses and rail while other cities are contracting out transit services to Uber; Lyft, Chariot and others that provide door-to-door service at substantial savings.

Ø  Advances in self driving vehicles may provide breakthroughs in personalized, cost-effective transit service that cannot be realized if our region is financially locked for decades into a dinosaur mass transit system.


To get the particulars on this nightmare you should go to The Wayne County Taxpayers Association website.  www.wctaxpayers.org and scroll the presentation on why you should vote NO. It was presented to us by a Northville School Board member but the information can be used by all of us.

The passage of Proposal A which changed the way we finance school only allows  up to a  three mil increase and only if voted by the entire county intermediate district.
Posted by WCTaxpayers at 10:06 PM 0 comments

Time to Use Our Strenth

I need to ask you a favor. Please contact your legislators and the Local government committees of the house and senate about the below information. They are being held hostage by local government lobbyists. they can not get the votes to move them because local government lobbyist have testified against the right of Michigan taxpayers to vote before having their taxes raised.
We need to know who they represent, the lobbyists or us.
In the summer of 2015 Wayne County placed a judgment of $39 million on our summer taxes. Inkster placed several million dollars worth of taxes on Inkster taxes. This kind of thing goes on all over the state. Their authority they say comes from PA 236 which allows them to place judgment directly on our tax bills without a vote of the people.
We believe that this is a violation of the Headlee Amendment which is part of Article IX of the State Constitution which was passed by the voters in 1978. It requires that increases in taxes require a vote of the people. We requested the help of the legislature to change PA 236. As a result we received a response from Senator David Knezek (D) who informed us that he has requested the legal council and legislative analysts to design a bill that will prohibit the placing of these judgments on our tax bills. We never heard from him again in spite of our attempts to contact him.
The Senate bills SB630 and SB 631 introduced by Senator Shirkey now resides in the Senate local government committee and HB 5150 introduced by Rep. Poleski and 5159 introduced by Reps. Yonker, Price and Garcia has been introduced in the House and are now in the House local government committee. These bills will bring judgments in line with the State Constitution.
Senate Committee Clerk | 517-373-5323
House Committee Clerk | 517-373-5323
House and Senate
http://www.michigan.gov/som/0,4669,7-192-29701---,00.html
Please contact them and request that these bills be moved for a vote. Ask your friends to do the same. When contact your elected officials to vote in favor of their passage so they know it exists when it comes to the floor.
Posted by WCTaxpayers at 4:05 PM 0 comments

Vote NO on Bond Proposal 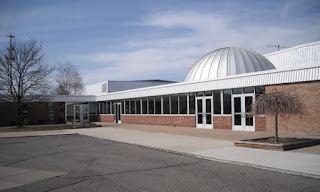 On Tuesday May 3, the Crestwood School District will be requesting a $35 million Bond proposal on the ballot. I certainly will not support it. First of all they have close to $6 million in their fund equity, This is supposed to be held for emergencies and funding until the next payment from the state. It is not the fact that it exists, it is the amount that I have trouble with.While sitting on millions of dollars they are forgoing normal maintenance. I looked at the pictures on their website of some of things that they plan to use the money for and was disgusted that they had not made the repairs out of their general budget. Some of the repairs look bad but are very inexpensive to repair. Others look to be more serious do to neglect.
There are some costly repairs that need to be made but before they ask me for more money they need to trim down a few million from their fund equity.
I went to a meeting with the committee supporting the bond and some of them tried to place the blame on previous administrations.Those people have been gone for years. Some of the things they are requesting are wants not needs.
They act like they are totally unaware of unemployment, the economy, inflation which most government entities say does not exist, and taxes which take up an average 52% of our income if you include state and local taxes. People are still losing their homes and there are prediction the stock market is on the verge of a crash that will make 2008 look like child's play.
I will support a bond issue only when they face reality. 3.5 mills is to much. That is $3.50 for every $1,000 of taxable value.

LANSING — Are property owners in Michigan truly protected by the Constitution, state law, and local charters on how high their property taxes can be raised? Do they as voters have any say in the matter? A 2015 report issued by the non-partisan Citizen Research Council makes it clear that the answer is no. State Sen. Mike Shirkey, R-Clarklake, says it's time to reform the law that allows judges to effectively create new property taxes as the result of a lawsuit.

"There are supposed to be caps in place on how high property taxes can go, so that homeowners aren't treated like ATM machines," said Shirkey. "Just because they own property somewhere doesn't mean they should be viewed as an unlimited source of revenue by the government."

Shirkey said it does little good to have limitations on how many mills can be assessed if a judicial levy can simply bypass them.  Judicial levies result when a person wins a lawsuit against the government and then petitions the court to raise property taxes as a way to make sure they are paid in a timely manner.  The way the law is currently structured such a court ruling can effectively bypass constitutional protections such as Headlee, other state laws, and even locally voted in charter limitations.

"Proposal A was supposed to provide real property tax protections, and we must ensure these caps carry force and aren't just illusion," said Shirkey. "Most people would rightfully ask, how can a judge effectively create a new tax that can exceed all these caps?  And why don't they as local taxpayers have an opportunity to vote on such a proposal, just as they would for other new taxes or rate increases?"

Shirkey has introduced legislation, SB 630, which would instead treat court ordered damages as a garnishment out of existing tax dollars, as opposed to just allowing for the creation of new and additional taxes. The Senator said that such an approach recognizes that property owners are not an unlimited source of income for government to solely shift their obligations to. Shirkey said the current law is also based on an assumption that if a homeowner gets their property taxes raised that they automatically have some sort of easy way to go out and get extra money.

"No homeowner has the ability to go out and force their boss to give them a raise, yet current law allows government to be compelled to force additional money out of the very people who they are supposed to be subject to," said Shirkey. "There are real repercussions to raising property taxes above a cap; we don't want to return to the days before Proposal A where elderly people owned their homes outright but had to sell them because high taxes made it impossible for them to afford staying there."

The legislation is currently scheduled for a hearing in Lansing on February 23rd.

After almost three weeks trying to get my computer and emails back in order, I am happy to announce that I am back in business.  The great thing is that I am just in time to announce that the senate bills to keep local governments from placing judgements on our tax bills and increasing our taxes without our vote, as required under the constitution is about to come under discussion.

For Testimony Only:
SB 630     Sen. Shirkey           Civil procedure; remedies; judgments against municipalities; limit ability to collect by levying a tax or issuing bonds.

And any other business properly before the committee.

In the spirit of compliance with the Americans With Disabilities Act (ADA), individuals with a disability should feel free to contact the Office of the Secretary of the Senate by phone [(517) 373-2400] if requesting special services to effectively participate in the meeting.

If you can attend that would be great. But, if you can’t please consider calling the committee clerk at Committee Clerk | 517-373-5323  . I am also happy to announce that we have AFP Michigan support.
Posted by WCTaxpayers at 3:39 PM 0 comments