Still Mad As Hell and Not Going To Take It

Friday February 27 at high noon, I and some friends will join with others at the Capitol Building in Lansing. CNBC's reporter Rick Santelli let it all out. His rant inspired the idea of protests all over the country. While we didn't sponsor it, we definitely want to be a part of it. We hope you will consider joining us. This is a great country and the politicians are attempting to destroy our economic system and endanger our children and grand children's future.

We can not standby and watch it happen. Let Congress know how you feel. A stimulus package of over a trillion dollars and an omnibus bill with over 9,000 earmarks from both Democrats and Republicans in these troubled times shows only contempt for the taxpayers.

Bring your teabags and your sign and join us. Lets make a little tea. If you can not join us click on the tea bag then copy it and email it to your representatives in congress.
Posted by WCTaxpayers at 12:12 AM 0 comments 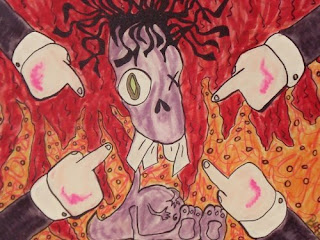 I am writing this for your sympathy and your money. Since I have joined the nothing is my fault group, I figure I can tell you how you let me down. I am a baby boomer. While I have been retired, due to my mothers poor health and death, for some time, I am not old enough to collect Social Security. Your first error was that you did not pay me during my mother's illness. Your next mistake is that as I am 1 1/2 years from collecting Social Security at 62 and you have allowed the system to get so messed up that they are talking about reducing my benefits and adjusting the age when I can collect.

You have also failed to keep yourself informed and have continued to elect a number of people who are incompetent, unable to make a decision and who have joined the nothing is my fault group. You have allowed the fox to control the hen house and the liars and cheats of both parties to obtain control of our government. You have allowed my investments for the future to decline drastically in value. You have allowed the economy to become so artificial that it is necessary to print up more money than it is possible to borrow and pay back. You have mortgaged the future of our children and grandchildren.

The most horrible crime you have committed is to allow a stimulus package, which is bound to result in unprecedented inflation in the future. This is the killer of prosperity. Inflation is the most harmful of all. It destabilizes and destroys the lifestyle of anyone on a fixed income. It makes reasonable increases in wages meaningless. It causes the basic needs of some to become unaffordable. If things become unaffordable, jobs can not increase. You should be ashamed of yourself.

Please send checks to Rose Bogaert. As for you, live with it. After all, it was all your fault.
Posted by WCTaxpayers at 12:01 PM 1 comments

Help Is On The Way.

I have been getting so many calls about how to appeal your property assessment that I have posted our presentation on our website. You will not get all the added comments and questions but it will at least get you started if you are unable to attend our workshop.

You can not appeal because your taxes are to high. Your appeal is your assessment. Here is the abbridged version. I hope it is helpful for those who are at a loss on where to start
Posted by WCTaxpayers at 5:42 PM 0 comments

WCCC to Taxpayers The Hell With You

I have to apologize to those who showed up for the workshop on how to appeal your assessment at the Wayne County Community College Eastern Campus on Friday only to be turned away. When we started setting up the schedule over a month ago, we asked former State Representative Lamar Lemmons to find a facility for us to hold our workshop in Detroit. He told us it was no problem. The day he scheduled was not available for the rest of us. We asked him to reschedule for the next day. He said it would not be a problem. The last time I talked to him, he said he was just waiting for a room number. I left several messages for him and did not receive a call back.


I decided to take matters into my own hands. So, this past Monday, I called WCCC and asked for a room number. They said there was no room scheduled. I explained the situation and they said they would check it out and get back. I called the next day and they said they were working on it. The next day they said I had to go to the Down River Campus fill out the paperwork and they will fax it to the eastern campus. I made it to the Downriver Campus on some very dangerous roads. When I got back home I called to make sure they received the fax.


Of course, they had not received it. I asked if I could scan and email my copies. No problem they said. So I did. I called to make sure they got them. They said they did. I asked if we would be ok for the next day when our workshop was scheduled. They just need to sign the paperwork she said.


The next morning, I had a message on my answering machine saying we could not hold the workshop that night. I called and asked to speak to the president of the Eastern Campus. Her name was Bonika Odbomi as best as I could figure it out. I explained that the workshop had been advertised and the problems we had. Her answer was, "we can not do these things overnight, we have our rules". I asked if they had rooms in their building. I asked if they could have let me know last Monday or before my trek in horrible weather to the Downriver Campus. The real frightening thing is that the president, who is paid very well, can not be trusted to schedule a meeting in her own building.


Now that WCCC has increased their millage for another 10 years, they can afford to tell the taxpayers to go to hell. The real pity is that the people of Detroit must first appeal to the Assessors Review in February before they can appeal to the Board of Review in March. Those who need the training will not have the opportunity to attend our seminar because an educational institution can not schedule an educational workshop in a room in less than three weeks.

One day the people of Detroit are going to get fed up. We had no problem scheduling in any other community. There is always an excuse in Detroit and it is harmful to the community.
Posted by WCTaxpayers at 3:43 PM 4 comments