I Appeal to You 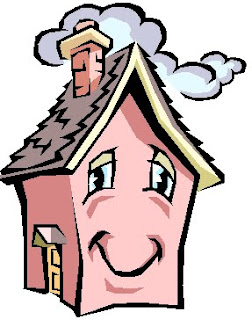 The Michigan Taxpayers Alliance and the Wayne County Taxpayers Association have been busy scheduling seminars on " How to Appeal Your Property Assessment". We only have a few more to schedule around the state.

If you are interested in seeing the schedule go to our website and click on the picture of the little pink house.
We have a PowerPoint presentation, a handout, and question and answer sessions at all of them. If you are going to appeal you might as well learn what will help make it successful.
We will explain the difference between the Headlee Amendment and Proposal A, Truth in Taxation and how they determine the value of your property. You might also make suggestions on how we can improve the program. We had our first one in Detroit in the middle of January. I am looking forward to seeing you.
Posted by WCTaxpayers at 6:04 PM 0 comments

Ficano Is It True? The following was sent as a comment to one of the blogs on this site. I wish to know if anyone knows the answer to these questions. I don't believe that running it through a true or false search engine would have these answers but the commission should be able to find out.

The Wayne County Commissioners should investigate Mr. Ficano’s over the top mishandling of public funds for his own personal private benefit. A media firm in Clawson, Michigan was sub-contracted to produce this Ficano “campaign commercials” masquerading as a Public Service Announcement.http://www.facebook.com/video/video.php?v=264826959408

1. Did this contract and sub-contract go out for bid?

2. What county employees were involved with this?

3. How much was paid, including commissions, to produce these spots?

4. What budget did they come out of?

5. What was the purpose of that budget as originally approved by the CountyCommission?

It is time to put a stop to Ficano’s Mass Manipulation of the Detroit Media Market.
Why all of these Flu Shot Radio and TV ads surrounded by children??? Did the parents give permission for this possible political exploitation? Is this “PSA” running in free air time or was even more money squandered to make paid media buys? HOW CAN A BROKE COUNTY AFFORD FICANO THIS INDULGENCE? Flu season was over in Nov/December. But campaign season is just starting. Ficano may have broken the law if he shifted federal funds from free flu shots for the poor to producing these "political commercials". Did he once again use the media company owned by Mildred Gaddis (1200 AM) or Kevin Deitz to produce these campaign commercials that pretend to be Public Service Announcements??? Is this a clear violation of Michigan Campaign Finance Law or FCC rules? If these were truly public service announcements then perhaps the public health director or a nurse should be doing them --- not Freeloading Ficano. When will the TV Stations wake up and realize that Ficano is duping them again to plastering his Face all over the air for free? . Amazing how these “PSA” always start up when he is running for office. Oh well I guess he is desperate for free air-time since he does not have Benny Napoleon to put in his race this time to split up the black vote. (Ricardo Solomon )

What is it we have to do to communicate with our elected officials the message we are trying to send? The spin out there is unbelievable. The arrogance is even more unbelievable.

What I heard from the president was that he did not do a good enough job explaining what we should think. I personally spent a lot of time researching the situation and I do not appreciate anyone, president or not, telling me what to think. I would prefer that he tell me what the heck he was thinking.

People who are desperate enough to dedicate their time and money to send a message should at least be listened to and not ignored. It is the policies that we object to, it is not an understanding problem. Fortunately, we understand very well where the present policies are leading.

Government is spending to much, borrowing to much, confiscating to much power and interfering in our personal lives with powers that far exceed those granted them under the federal and state constitutions. The policies they have put forward have failed. Look to history and look to the present. Our elected officials put forth policies and deny culpability, then blame someone else. If that is not bad enough, they present us with more of the same.

Don't give up. Keep the pressure on. Keep involved. The president used the term fight more then 20 times in his last speech. We have to use it in every sentence we speak to counter the arguments. Join us in Lansing on February 3, for the State of the Citizens on the steps of the Capitol 6:30 - 8:30 pm.
Posted by WCTaxpayers at 2:18 PM 1 comments

How to Appeal Your Assessment Seminar 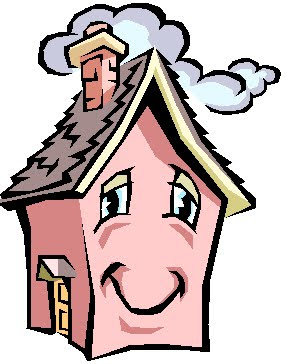 Well we finally found a place for our first seminar in Detroit. We don't have much time to advertize, so if you will help us spread the news we would appreciate it. Send it to those who live in the area.

Make sure to check our website for updates on other locations as we set them up.


How to Appeal Your Assessment Seminar


This is the first in a series of seminars on How to Appeal Your Property Assessment sponsored by the Michigan Taxpayers Alliance and the Wayne County Taxpayers Association. This was scheduled in early January because the people of Detroit must appeal to the assessors review in February to appeal to the Board of Review in March. We had great success with our presentations last year and expect this year will meet or exceed last year’s expectations.

A powerpoint presentation and hand out will facilitate out program. A question and answer session will be held at the end.

We are asking for a $1.00 donation for the cost of the material.

Check for future seminars as they are scheduled on our website.
http://www.wctaxpayers.org
For more information call 313-278-8383
Posted by WCTaxpayers at 9:40 PM 2 comments