It Is Time to Prepare to Appeal Your Assessment 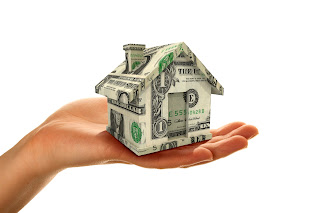 ﻿Michigan Taxpayers Alliance and the Wayne County Taxpayers Association are about to start scheduling our state tour on How to Appeal Your Property Assessment. The housing market across the state is tanking. Foreclosuresare up for nonpayment of mortgages.They are also up for non payment of taxes. Since the State
has changed the rules to allow foreclosure after two years of nonpayment of taxes, many people have lost
their lifetime investment due to job loss or wage cuts. This is a buyer’s market if you can find someone to finance you. Home prices are dropping so they can be sold and be affordable. Tax increases are expected to
be requested at all levels of government.

Many people chose to ignore their right to appeal their SEV (State Equalized Value), which should be half of the true cash value,because they are being taxed at the Taxable Value which was capped with the passage of Proposal A in 1994. This limited the taxable value increases to the rate of inflation or 5% which ever is less. Property Values have dropped so much that it is almost advantageous for everyone to appeal their assessment.

Remember, the assessment cap is removed when the property changes ownership. New owners are
stuck paying taxes based on the State Equalized Value.

Don’t forget, if you live in the City of Detroit, you must first appeal to the Board of Assessors before mid February to appeal to the Board of Review in March. Everyone else should call their city or township and inquire when their Board of Review will be meeting. Make sure you do the work necessary to make a successful appeal. You should be able to get sales that have occurred in your area from a local real estate office or the city assessor. You should also be able to see the SEV of other houses in your area and the worksheet they keep on your home to insure accuracy of information.

Please check our website in January for a list of the locations at which we will be presenting the seminars. For more information call 313-278-8383.  If you wish to sponsor a seminar please contact us.
Posted by WCTaxpayers at 10:56 PM 6 comments

I was sitting here feeling sorry for myself. For a week and a half I have been coughing, wheezing, pulling every muscle in my body and feeling all around miserable. Then reality hit. Was I doing this with no roof over my head? Did I have food to build up my strength? Where the antibiotics that I took working? Did I need to worry about my family? Did I have to worry about these things next week? Did I have small children looking forward to Christmas?

It sure is easy to close off things going on around you and become self involved. There is no questions that others do not have the benefits that I have. Our soldiers give up much for us. They endure many hardships so that I can have the life that I have. They are away from their families at the time of year I am closest to mine.

Then, there are the citizens who have given up their time and money to come together as a group to show their support for our country, and way of life, through rallies, tea parties and demonstrations with patriotic fervor dedicated to preserve our history and greatness as a country.

We can  not forget those who are elected to office. Those who stick to their principles and dedication to good government. Those that defy the urge to go along to get along.

I hope you will celebrate these things with us at the 2nd Annual  MI taxpayers Alliance and WC Taxpayers Association Awards Banquet. For more information, click below.

Awarding Those Who Do a Good Job

It is really important to award people who do a good job.  The four people we have decided to award at the 2nd Annual Michigan Taxpayers Alliance and Wayne County Taxpayers Association Award Banquet have several thing in common.  They are intelligent, well versed and, most of all, trustworthy. We will have a Post Mortem award for Chet Zarko. Chet was known as the original Michigan conservative blogger. Zarko Research and Consulting was a Michigan-based political, marketing, and design service run by freelance investigative writer Chetly Zarko. In mid July Chet passed away at the young age of 39 and it was a huge loss to to everyone.  Those on the right and the left respected him and trusted him.
He pulled the original FOIAs that led to the discovery of the False Tea Party Group.

Joe Lehman, President of the Mackinac Center for Public Policy, for the Center’s new e-newsletter, Capitol Confidential.Have you heard of Capitol Confidential? The Mackinac Center created ‘Cap Con’ to fill the void left by lazy and/or biased news media and, boy, have they! A rapidly growing number of citizens turn to this online news source every day for updates on government policy and investigative journalism that exposes government corruption. Cap Con isn’t a blog. It isn’t opinion. It is real, hard-hitting investigative journalism on behalf of taxpaying citizens.

Jason Gillman was the epitome of the ‘tea party activist’ in 2010. He blogs for Right Michigan website where he helped expose the fraudulent “Tea Party” political trick that was attempted by the MI Democratic Party. Gillman’s  was instrumental in keeping the fake Democrat Party Tea Party off the ballot this past November. In addition, Jason Gillman was a leader organizing tea party rallies and protests in Traverse City that played a key role in pushing Congressman Bart Stupak toward retirement.

Please join us. These men have done so much more for us and if you checked there work they were always right on.  If we fail to recognize people like this, they and their families will never know how much we appreciate them.