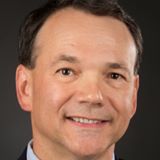 Republican lawmakers apparently learned nothing from Michigan's "lost decade." Cutting hundreds of corporate welfare deals did not prevent the loss of nearly a million jobs but they did cost less well connected taxpayers at least $9 billion while things like road repair languished.
Now Republicans are leading the charge to essentially bribe a business to set up shop here, leaving every other taxpayer on the hook for the cost of the tax-break "bribe." You can bet they'll line up for photos at the corporate ribbon cutting ceremony but be very shy about discussing the precise details of the secret tax deal, especially when it fails to live up to their promises as such deals usually do.
Corporate welfare doesn't work, it isn't fair, and it's not the job of government to pick winners and losers. It's unseemly.
Posted by WCTaxpayers at 3:04 PM 0 comments

To anyone who has the tiniest grasp of the English language and the concept of self-rule…
This was sent to all State Senators who actually had the nerve…
A similar notice was sent to all State Reps prior to their actually voting to increase a tax on gasoline and vehicle registration fees…can you believe that?

To increase the gas tax AFTER VOTER DISAPPROVAL, is a blatant disregard of lawmakers’ oath to uphold the constitution.
The Headlee Amendment was passed by the people of Michigan to ensure that there would be no tax increases without their approval.

Where in Article IX of the Michigan State Constitution does it say that the State Legislature can pass a tax increase without voter approval or with an over 80% voter disapproval (Prop. 1) or by a 2/3rds vote of the Lawmakers?

Guess what?  It doesn’t!

Any Bill to increase taxes without voter approval has no force of law!
It’s in direct contravention of our State Constitution!

Can you read?  Can you comprehend?

For clarification as to where the funds will come from, and the law prohibiting excess surplus, see below for verification:
Re: Section 26 below…
There is currently well over $20 Billion above the tax limitation, all but 1% of which belongs in the taxpayers’ bank accounts.
Actually far more if one considers the sixty thousand million dollar ($60  Billion +) astronomical State pension fund.
For government to amass this amount of taxpayers’ money is unconstitutional and beyond plunder!
Article IX:

And so where is the money going to come from to fix the roads???????

The State is allowed to retain no more than 1% surplus above its spending in any given fiscal year….

Read as follows:
Most of the State's basic services are reported in the governmental funds, which focus on how money
flows into and out of those funds and the balances left at year-end that are available for future spending. The governmental fund
financial statements provide a detailed short term view of the State's general government operations and the basic services it
provides. Governmental fund information helps determine whether there are more or fewer financial resources that can be spent
in the near future to finance the State's programs. These funds are reported using modified accrual accounting, which measures
cash and all other financial assets that can readily be converted to cash. Governmental funds include the General Fund and
special revenue, capital project, debt service, and permanent funds.

Total cash available for spending:  Governmental + Budget Stabilization = $6.227 Billion
All that’s necessary to fix the problem and the roads is for government to obey the CONSTITUTION!
And beyond the above cash that’s readily available to fix the roads…take a good look at this:

1. Repeal the Prevailing Wage Act: $400 Million
2. Repeal the counterproductive MEDC:  $ Billions wasted on corporate welfare
3. Bring benefits paid to state workers in line with the private sector:  $5.7 Billion
4. Drop any thoughts of Michigan taxpayers footing any portion of the totally unnecessary
$5.3 Billion International Bridge
5. Use the “unrestricted” surplus in the CAFR/Governmental/Rainy Day/Budget Stabilization Fund:
$5.77 Billion, See CAFR pgs 23 & 38
6. There are $ billions in the Catastrophic Claims Fund that are being used for nothing!
7. Use the money from the nearly $2 billion increase in state revenue that’s expected from FY 2015-2017.  See attachment
8. Roads?  Or a new $130 million senate office building so senators can have better view of the capitol????

To tax the people AFTER the people have said NO…
Is telling the taxpayers that the tax-takers have assumed the role of tyrants with total disregard for the will of the people!
You all should hang your heads in shame for even considering such unethical behavior.