Dillon Up to His Old Tricks 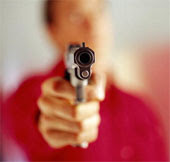 With the help from his friends in the legislature. Speaker Andy Dillon has managed to shift taxes from the have nots to the have just a littles. I have been busy the last few days, so I have gotten behind in my reading. I came across the Right Michigan blog. In that blog they referenced HB6162.

The legislative analysis states this:

If a taxpayer is elegible for an exemption, the board of review would grant the exemption for the tax year in which the application was filed, and for the immediately preceding tax year if the taxpayer would have been eligible for an exemption that year. If the board of review did so,any exempted and unpaid taxes, interest, penalties, and fees for the immediately preceding tax year would be extinguished......

The local board of review could deny an exemption for one or more of the following reasons:

Doesn't sound to bad. Well who is going to make up the revenue? In the Right Michigan article they refered to the problem with bonds and referenced the increase that will be required on those still paying taxes, to meet the annual payments. It is much worse than that and difficult to explain.

There aren two thing that govern the level of taxation on our taxable value. The first is the Headlee Amendment (Article 9 Section 26-32 of the State Constitution) which limits the revenue to local units of governmet to the rate of inflation and the second is Proposal A, which limits the increase in the taxable value of individual property to the rate of inflation or 5% which ever is less. The amount of the millage rollback, if any, is determined by the total taxable value in a local unit of government. That means your school district, city or township, and county determine how many mills they can levy by basically taking last years revenue, plus any additions or deleations of property and figuring how much revenue they are entitled to under the Headlee Amendment.

As some people's taxable value decrease or disappear , as in HB 6162 the burden is shifted to others still paying taxes. Article 9 Section 31 of the State Constitution assures local units of government a certain level of revenue;

I have tried to simplify a very complex tax system. You might want to consult the Citizen's Research Council for the more complicated version.

As you know, your taxes have continued to rise while your property values have declined. People ask me why every day. How can this happen? When taxable values continue to be capped each year to the rate of inflation due to Proposal A, assessments increased at a much faster rate. The difference between your taxable value and assessed value was still too great for you to experience a reduction. Surprisingly, the legislature noticed that too. They passed House Joint Resolution III to revise the Proposal A assessment cap for declining values. This from MichiganVotes.org :

Keep in mind that this would still be a tax shift because the revenue is still guaranteed to the local units of government under the Constitution. The millage would just not be rolled back as much and those who have purchased their houses after 1994 when Proposal A passed will still be paying more than their fair share and those who receive an exemption would shift their share to others.
Posted by WCTaxpayers at 11:29 AM 1 comments 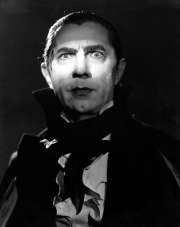 I've been spending a lot of time in court this past year and it's all because of the recall of Speaker Andy Dillon. The first time in circuit court to get the wording on petition approved. Next to federal court to defend my First Amendment rights so that we would be able to count signatures that they threw out and twice this past week back to circuit court to remove the last two paragraphs of the language submitted by Dillon which criticizes us instead of defending his position - a definite violation of the law. A year is a long time just to get a question on the ballot. They say the process is too easy. I say it is too hard and costly. At least we made it a little easier in the future by having the court affirm our rights.

During this whole ordeal, they have complained that we have been getting financial resources from outside the district. Most of our funds came from people who own businesses in Michigan and who have gotten stuck with huge increases in taxes. The rest was from more than 250 individuals who were sick of cuts in their own personal budgets, while the state continued to increase spending and raise taxes. We delivered petitions to almost every house in the district. Anyone could have sent in invalid signatures. That includes Dillon's supporters or even Dillon himself.

Now that we have the ballot question settled, its time to get down to business. I think it is time to put the garlic around our neck, take our wooden stakes (for our signs), get to the heart of the matter and take care of the task at hand.
I am told that Dillon has a quarter of a million dollars to run his campaign with. He didn't collect that much from voters in his district. Could it be he got it from all the lobbyists and special interest groups he reported on his campaign statement?
He has some nerve complaining about us. No mater where any ones money came from the question is where it belongs - finally in the hands of the voters of the 17th district.
Posted by WCTaxpayers at 11:51 PM 0 comments 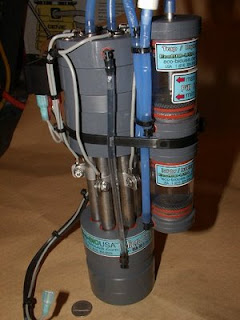 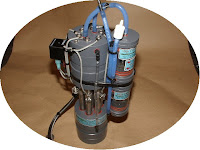 This gets me right in the mood. If you go to our website homepage and click on the oil rig you will hear the new song by country music star Aaron Tippin. Below the picture, if you click on the link, you will see a video from American Solutions.com. You should do it because it is a really great song and quaint video.

Preliminary results of mine and my sons Hydrogen fuel cells which we have had installed in our vehicles are good. My son's 2002 Ford F150 truck is getting an average increase of 57% in his gas mileage. I am driving a 1993 Crown Victoria and I have experienced a 50% increase in my mileage. Both of these should improve with continued use and as the oxygen sensor adjusts. Please note the nickel in the picture, so you can judge the size.

My nephew says he is going to replace our units with the new and improved version which he is ready to put into production soon. He has a patent pending and is securing funding. Soon you too will be able to tell foreign oil producers Americans can become more energy independent. Go to American Solutions.com to join the fight.
Posted by WCTaxpayers at 7:36 PM 0 comments 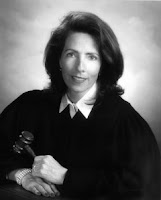 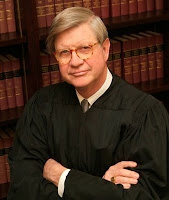 I was pretty miffed a couple of weeks ago when the Michigan Court of Appeals and the State Supreme Court refused to hear the case for the recall of Speaker Andy Dillon. I've cooled off now. As November gets closer, I was thinking about judges. I read in the newspaper that the Democrats have chosen Judge Diane Hathaway to be their candidate for the Supreme Court, so I started checking her out. That sweet gentle face has the heart of a left wing liberal.

Hathaway has been a Wayne County circuit judge since 1993. She ran unsuccessfully for the Michigan Court of Appeals in 2006. She was a supporter of the Reform Michigan Government Now proposal.That was the proposal that almost re-wrote the entire State Constitution. Good thing the lower courts decided it could not go on the ballot because it was to broad. The proposal was very poorly written and would have made sweeping changes that would have effected all of us negatively. She has the support of the union bosses. I am not sure of the rank and file. Her criticism of Justice Taylor is that he is to pro-business and not generous to the little guy. Which means he doesn't ere on the side frivolous lawsuits. According to the Detroit News, Hathaway called Taylor a "walking conflict of interest" who too often rules in favor of insurance companies at the expense of middle-class Michigan residents.

Insurance companies will settle almost any case to avoid Wayne County Courts. They know they can not win no matter what the circumstances and even if there is liability the courts and juries will usually grant outrageous awards. She has sympathy for those award and is running against the conservative Chief Justice Clifford Taylor.

Justice Taylor can certainly defend himself but no matter I felt that you should know more about him. This is from his election website:

" Chief Justice Taylor is considered a strict constructionist, and is frequently invited to teach new jurists throughout the country. He is the co-author of a three-volume work entitled Torts which covers personal injury law in Michigan. He was recently named the Man of the Year by the Police Officers Association of Michigan, having previously been their Jurist of the Year. He has also been honored by Mothers Against Drunk Driving, and was given the Grano Award for Judicial Excellence by the Federalist Society.

Given the circumstances I don't think I will have a hard time deciding.
Posted by WCTaxpayers at 9:52 PM 1 comments

Off To The Races 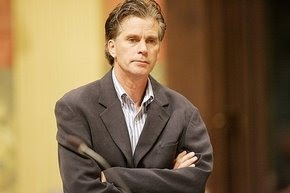 When I started this recall, I had no personal bad feelings about Rep. Dillon. I have now seen what he is made of and who he hangs with and my feelings have changed. It has made me more committed to remove him from office. We have to re-emphasize the reasons he was wrong to raise our taxes instead of cutting the state budget. I hope to keep providing other information which will reinforce that conclusion. His friends and tactics also hold a place in judging his character and where his loyalties rest.
Posted by WCTaxpayers at 7:44 PM 0 comments